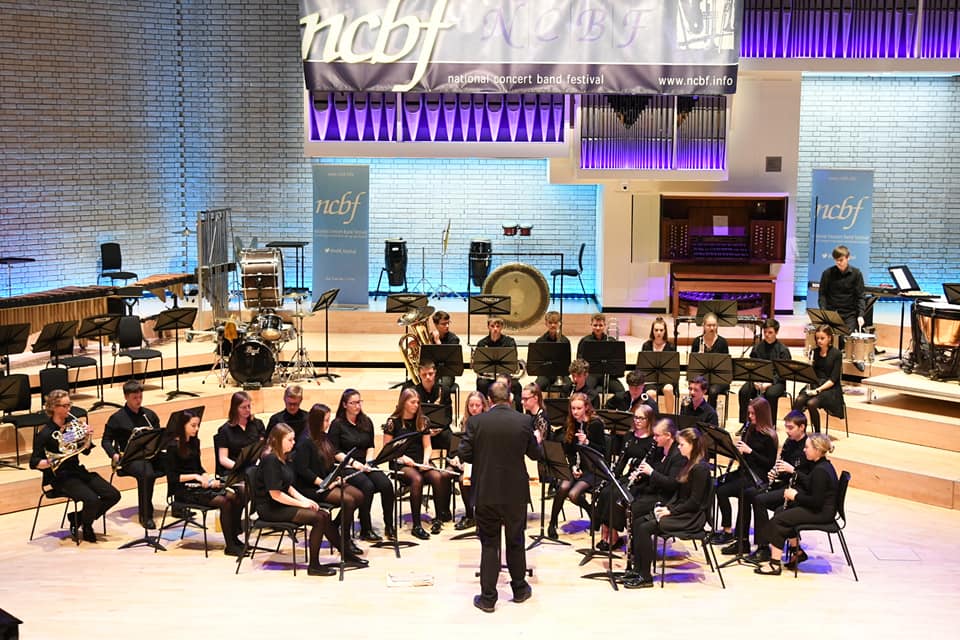 The Oldham Youth Wind Band is going to be taking part in the RNCM’s annual Festival of Wind, Brass and Percussion on Sunday 16th June as part of a massed band performance of Hector Berlioz’s Grande Symphonie Funèbre et triomphale Op 15. Our musicians will be performing alongside the RNCM Wind Ensemble and trombonist John Kenny, conducted by Mark Heron. The day will begin with a rehearsal running from 10.30am – 12.15pm, with a short break for lunch ahead of the concert (students may wish to bring a packed lunch with them). The concert will take place in the RNCM Concert Hall from 1pm – 2pm.

The work is scored for full wind band with the exception of saxophones.  However, saxophonists are welcome to attend and play related instruments e.g. clarinet or flute.

Music can be downloaded from IMSLP here

This will be the opening concert of the Festival.  There’ll be fascinating stuff going on throughout the building all day – both in our venues and via ‘pop-up’ performances in public spaces where you least expect them.  From the appearance of the carnyx – an instrument of the Iron Age Celts also known as ‘the mouthpiece of the Gods’- in James MacMillan’s The Company of Heaven, to the harshness of modern industrial society in Michael Daugherty’s Motown Metal and John Kenny’s Multiplex, there will be an evocative, eclectic soundtrack to the day.

Students are welcome to stay for the remainder of the Festival, free of charge.

In addition to the Berlioz, there will be an opportunity for wind and brass players (including saxophonists) of Grade 6 level and above to join the RNCM ArkEnsemble for a performance of James MacMillan’s The Company of Heaven for solo carnyx and wind and brass ensemble.  This performance will be from 7pm – 7.45pm in the RNCM Concert Hall, as a final item of the ArkEnsemble programme.  There will be a rehearsal on the day from 4.45pm – 6.15pm.